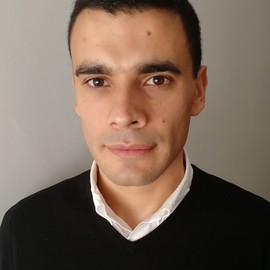 Nuno Araújo is an Assistant Professor at the Department of Physics of the Faculty of Sciences, Universidade de Lisboa. He obtained his PhD from University of Minho in 2009, with a 3-month internship at the Los Alamos National Laboratory in the US. He then moved to ETH Zurich for a postdoc in the group of Prof. Hans Herrmann where, after 3 years, he became a senior assistant. In 2014, he was awarded a 5-year fellowship as Principal Investigator by FCT to work at the Universidade de Lisboa, where he became an Assistant Professor in September 2016. Since 2018, Nuno Araújo is the Scientific Coordinator of the Center for Theoretical and Computational Physics. He has been active in supervising at all levels, includind the supervision of 4 Postdoc fellows, 11 PhD students, and 19 Master Students. With students and collaborators, he has been performing computational and analytical research in nonequilibrium Statistical Physics resulting in ~100 publications that include Nature Comm., Science Adv., PNAS, Phys. Rev. Lett., and Adv. Coll. Int. Sci. The work has been highlighted as editor suggestions (PRL), editor choices (EPL), covers of PRL, and reports in the media.